The Premier Awards were presented on July 12th, in the Main Hall.  The event was attended by all Senior Staff, Heads of Year and Subject Heads, who presented the top prizes for the year, to a group of wonderful students.  The hall was full of proud parents, carers, grandparents and friends.

The Premier Cup, the top award, was won by Theo Burne, pictured with the Principal and Deputy Chair of Governors below: 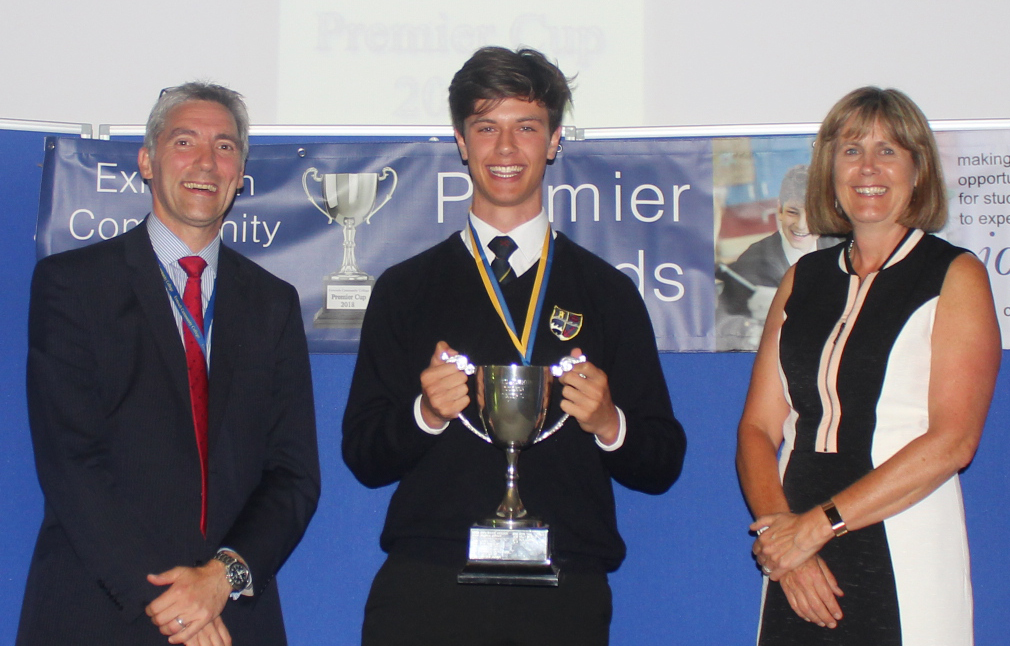