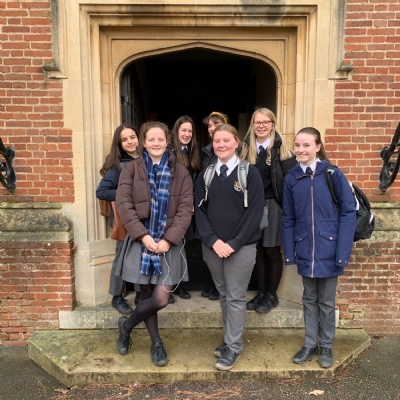 On Friday 31st January, seven of our Lead Learner students attended a conference at Wellington School.

There, they were treated to a number of lectures given by lecturers from Oxford University and a teacher from Eton College. The themes of these lectures ranged from Philosophy (‘Epistemology – Knowing what you know’ and ‘The Philosophy of Love and Relationships’), to Literature (‘Shakespeare Humors and Appetites’ which examined the portrayal of the four humors in Shakespeare’s plays) and finally to Science (‘The Science of Happiness’). At the end there was a lively debate during which the 350 students from the various schools from the South West in attendance were invited to argue whether they thought having a healthy mind or a healthy body was more important. Thanks must be given to Mr Williamson for organising such an interesting and thought-provoking day out for these lucky students (and staff!).